Please refer to the Canada Flight Supplement for more detailed information on Communication.

There shall be levied and collected upon such class of persons the fee of $21.31 per
passenger for all passengers departing the Red Lake Airport via schedule flights be
they regularly scheduled flights or air charter flights.

The fee is comprised as follows:

The failure to pay such fee will result in a departing passenger not being allowed to
enplane or be subject to such other measures as deemed appropriate by the Airport
Manager or his/her designate.

The failure to report departing passengers by the 15th of the next month, will result in
billing based on the aircraft passenger capacity.

The fees and charges set out on the attached Schedule shall be subject to taxes as applicable, with the exception of Section 13, Section 14, Section 17 and Section 18 which includes taxes.

*Not Available at Red Lake Airport* 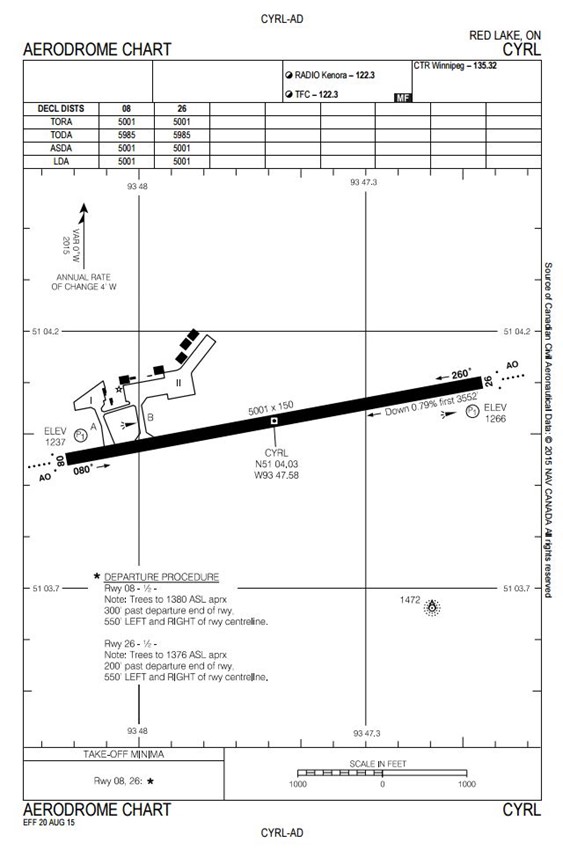 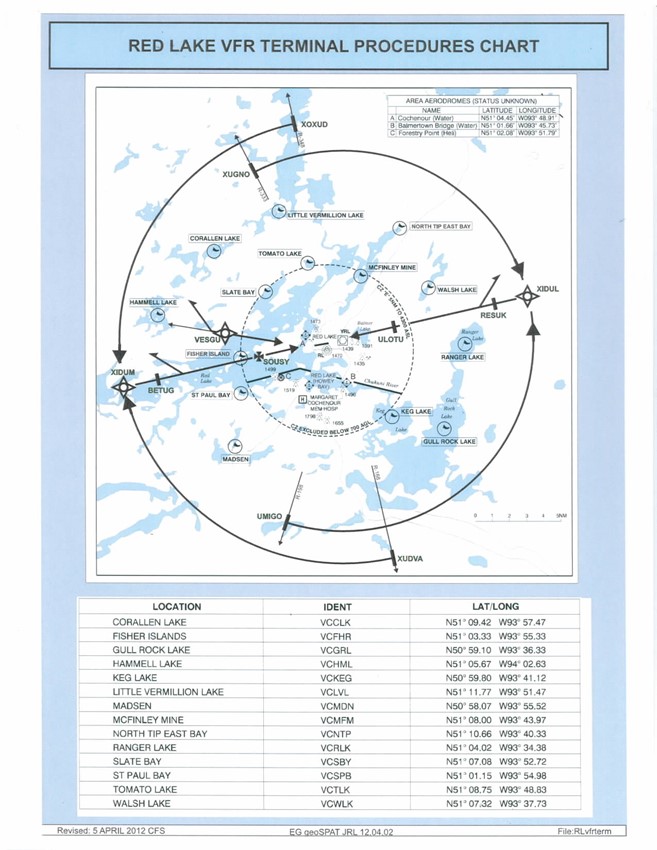 Red Lake Airport is located 1 kilometre south of Cochenour, ON.  The Airport serves as a point of call for Air Carriers offering scheduled passenger service; an operating base for Ontario Ministry of Natural Resources; and services both private and commercial fixed-wing aircraft and helicopter operators located on site.

Commercial air service to the area began in 1926 using the waters of Howey Bay on Red Lake as a float and sea plane base.  Due to the freight requirements of the gold mines developing in the area, Howey Bay was recognized as the busiest airport in the world during 1936 and 1937.

Construction of a 400' x 150' gravel runway began in 1946 and was put into use on May 29th, 1947 when Canadian Pacific Airlines began daily service from Winnipeg.

In October 2011, a brand new state-of-the-art Airport Terminal opened its doors to help serve the growing numbers of regional visitors and travellers.  On June 22, 2012 the Airport Terminal was officially named J.E.J. Fahlgren Terminal after a man with a great vision for the area.

Those leaving or arriving in Red Lake now enter a building that boasts large ticket and rental car counters, luggage carousels, naturally lit seating areas, NAVCan offices and space for administration.  Along with these additions, a modern parking lot has been implemented.

Rental space is available for franchise inside the Airport Terminal Building.

We invite you to help us improve our services at the Red Lake Airport by sharing your questions, concerns or comments on the way we provide services to the public.

All feedback should be directed to Administration or the Red Lake Airport Manager. Feedback from customers may be received in person, in writing, by email, telephone or by another method. A suggestion box can be found in the Airport Terminal Building on the counter at the Check-in area.

How to Operate Drones Safely and Legally